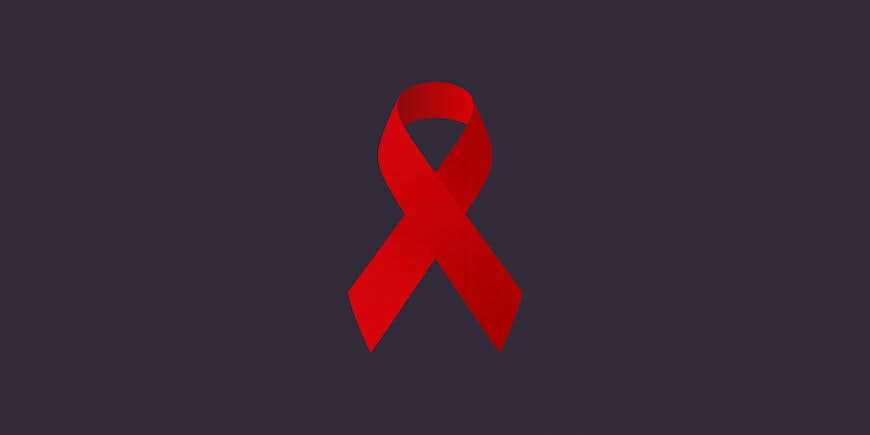 Every December 1st marks World AIDS Day—one of the most enduring and important global health events.

Created in 1988 to raise awareness about AIDS while inspiring people across the world to join the global fight, the annual campaign has really stood the test of time.

In addition to the importance of the cause itself—more than 35 million people have died of HIV or AIDS since 1984—World AIDS day has remained an integral date on the calendar due to its impressive campaign messaging and commitment to adapt in an ever-evolving landscape.

To give a well-deserved nod to World AIDS Day, here we will consider why it has proved such a long-standing success and look at some of the inspiring campaigns surrounding the event.

World AIDS Day still sees an enormous level of support from brands, businesses, and organizations around the globe.

A cohesive mix of strong event themes, accessible messaging, excellent campaign materials, and meaningful brand collaborations have contributed to the event’s enduring success over the years. We’re going to explore some of these elements now.

To keep its campaign messaging relevant and accessible, World AIDS Day focuses on a specific theme every year, rather than relying on a fresh strapline or marketing hook alone to engage people.

Each theme is picked to reflect the landscape surrounding AIDS or HIV at the time, incentivizing people to join the conversation, share content, and become advocates for the cause.

World AIDS Day themes have included Communication; Youth; One World. One Hope; AIDS: Men Can Make a Difference; Know Your Status, and in 2020, Ending the HIV/AIDS Epidemic.

Every theme is strong, hard-hitting, and current. And, to drive its messaging home, World AIDS Day publishes content across platforms, produced in plain, conversational language that everyone can relate to, regardless of their age or demographic.

The universal messaging of 2020’s World AIDS Day is reflected in its latest hashtag, #ROCKTHERIBBON. Memorable, approachable, and engaging, this hashtag has seen a healthy level of engagement across social media platforms in the weeks leading up to the big day—and its strong imagery complements the campaign’s visual assets. Which brings us onto our next subject.

Using its internationally recognized symbol for AIDS awareness, the red ribbon for maximum impact, the marketing team behind World AIDS Day created iconic visual branding that has been instantly recognizable since its inception in 1991.

In a time where AIDS was the number one killer of men in New York City, artist Patrick O'Connel spent most of his days visiting sick friends in the hospital or attending funerals. Being immersed in such devastating situation, along with other New York City-based artists, Patrick began searching for a visual symbol to represent AIDS.

Eventually, the group landed on the red ribbon—a concept cooked up in 1991 by costume designer Marc Happel. Marc had seen servicemen serving in the Persian Gulf with the traditional American symbol of the yellow ribbon, and it was this that inspired the red ribbon we all know today.

The ribbon’s first public exposure was at the 1991 Tony Awards in New York—and despite some initial resistance, the rest (as they say) is history. Now this taboo-busting representation for AIDS awareness is unmistakable—a powerful symbol of solidarity that evokes a collective sense of hope in the face of adversity.

Each year, World AIDS Day creates a mix of well-designed branded visual assets for supporters and brands to download and use for their own advocacy or awareness efforts. In doing so, World AIDS Day is able to expand its reach and connect with a wealth of new supporters on an annual basis, cementing its place on the promotional map, long-term.

In addition to offering powerfully branded digital assets, World AIDS Day also offers a select number of its iconic ribbons free through its online store—using traditional marketing as a way of spreading awareness while sparking real-world conversations surrounding this most vital of subject matters.

These visual campaign assets also make it easier for brands to collaborate with World AIDS Day and share important messaging with their audiences.

To create a sustainable promotional eco-system, The National AIDS Trust (the organization behind World AIDS Day) embraces a solid mix of brand collaborations.

This year, for instance, The National AIDS Trust has teamed up with UK supermarket chain Morrisons as well as MAC Cosmetics to sell its iconic ribbons in-store. As it's difficult for people to get their hands on the physical product during the pandemic, a 'virtual ribbon' can be downloaded from their website for a donation.

The National AIDS Trust has also partnered up with Biosure, a HIV self-testing provider that is not only cross-promoting World AIDS Day but will donate £1 for every kit purchased around World AIDS Day.

To keep the campaign rolling after the day itself, the National AIDS trust also has a mailing list where it shares relevant news and essential updates with its subscribers.

The organization has a dedicated fundraising ideas landing page on its website with inspiring yet practical information on how to raise money as well as awareness for the cause.

The powerful campaign assets and on-point messaging of each World AIDS Day inspires a variety brands to support it every year, creating global awareness for the cause.

Of the many creative World AIDS Day marketing campaigns over the years, three really stand out.

In 2014, the charity Sentebale, launched a World AIDS Day campaign committed to breaking down the stigma surrounding AIDS and HIV for children in Lesotho, Botswana and Malawi.

An influencer-led campaign, Sentebale created the hashtag #Feelnoshame, with its royal patron Prince Harry inviting a host of big names including Nicole Scherzinger, Gemma Arterton, and Paloma Faith to share a secret about themselves.

In 2016, UNICEF supported World AIDS Day by harnessing the power of storytelling.

This gripping and heart-wrenching mini documentary-style video follows the tale of Livey van Wyk, an inspirational woman who discovered at the age of 17 that she was pregnant and had HIV.

Shunned by her village in Namibia and struggling under the weight of her situation, UNICEF helped Livey find her strength and tell her story—one with an empowering and uplifting ending, where she found her way to become a local mayor.

This wonderfully-produced real-life narrative earned excellent engagement across platforms, earning droves of valuable attention from notable publications in the process.

In partnership with HIV charity (RED), Durex hit hard with its World AIDS Day sentiment in 2018 with its Give a F**k About HIV, or #GAF, campaign.

In a three-year collaboration with (RED), Durex will sell condoms clad with the charity’s branding, with proceeds going to the ‘Keeping Girls in School Programme’, an initiative that aims to drive down HIV infection and unwanted pregnancies in young South African women through awareness and education.

“We’re constantly looking at how we evolve the brand…and to make sure that in this world of digital, people have the right information and are empowered to make the right choices. We want to make sure if they need products or information Durex as a brand is there to help them through it.”

World AIDS Day is a promotional powerhouse, using a perfect storm of marketing elements to spread a vital and righteous message. An unwavering approach that we can all learn from.

“It’s bad enough that people are dying of AIDS, but no one should die of ignorance.” Elizabeth Taylor

Articles:
May Update: Pets, Roblox and the New Money

Videos:
Team Talk: What is the Metaverse?

Articles:
The Unstoppable Success of Netflix

Articles:
How to Create Your First Digital Marketing Campaign