What Makes a High-Quality Backlink? 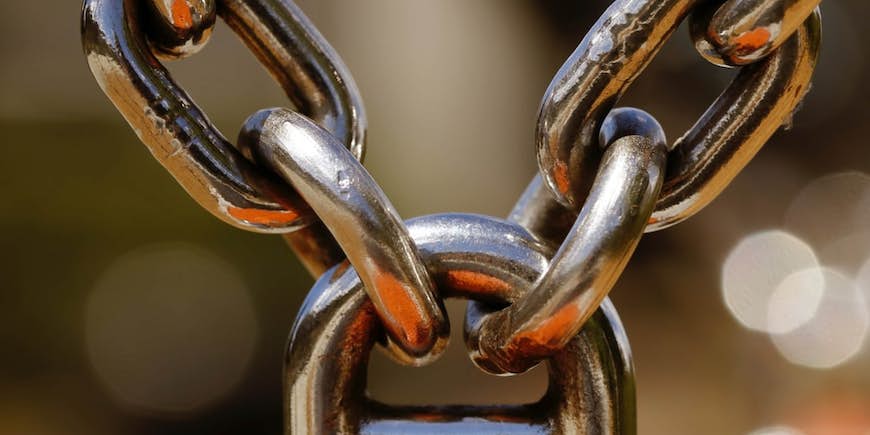 Getting backlinks (also known as external links), to your website from other sites is still one of the most effective ways to improve search engine rankings.

But not all backlinks are valued equally.

A handful of high-quality backlinks can significantly improve your SEO progress. At the same time, dozens of low-quality links can make little difference, or even have a negative effect if they're considered spammy.

The Three Levels of Backlinks

In Google's eyes, there are three levels of backlinks: low-quality, medium-quality, and high-quality.

Strictly speaking, Google classifies low-quality backlinks as webspam. These are backlinks which have been created in a fake way to game the system, and they're against Google's guidelines.

What makes a high-quality backlink is subjective. Nobody knows for sure how search engines measure them, but most SEOs agree on three core elements.

Backlinks should be natural and where the website owner chooses to link to your site because it provides value to their readers and NOT because you paid them to do so or tried to manipulate them in another way.

This natural approach is an example of ‘earning’ a backlink.

This differs from unnatural backlinks where the intent is usually to fool search engines into believing that a website has a better reputation than it really does.

If Google believes a backlink is unnatural or spammy, Google may at first ignore it, and for repeat offences, punish the site and demote them in its search engine results.

In addition to being natural, backlinks should be reputable.

Modern search engines look for social proof in how credible webpages are. Google has its dedicated PageRank algorithm which measures the importance and reputation of webpages. Here's Google definition:

PageRank works by counting the number and quality of links to a page to determine a rough estimate of how important the website is. The underlying assumption is that more important websites are likely to receive more links from other websites.

So, the higher the number and, more importantly, the higher quality of backlinks a webpage gets, the higher its chance of ranking for competitive keywords.

Google used to provide a metric for PageRank, and this calculated a rough estimate of the reputation of a webpage. Google stopped this because spammers were using it as a currency to buy backlinks which is against Google's guidelines.

So, think of PageRank as an algorithm or concept and not as a metric.

Now, while we talk about search engine reputation, I want to cover the ‘rel attribute’, and this can be added to an HTML link.

By default, regular HTML links don't have the rel attribute, and this means that search engines can pass PageRank, from one page to another.

However, HTML links that contain values in the rel attribute often don't pass search engine reputation, or at least not the full amount possible.

For a long time, only the ‘nofollow’ rel attribute existed, and to help illustrate this, let’s look at this helpful image from Moz.com:

By adding a nofollow attribute to a link, you were instructing search engines not to pass any search engine reputation, which is what supplies the ranking power to the page. Nofollowed links were also NOT used for crawling or indexing.

However, after a Google update, Google added ‘sponsored’ and ‘ugc’ rel attributes to the existing ‘nofollow’ attribute. And Google said all three may now be used as a hint for crawling, indexing and ranking.

That said, I suspect the ‘nofollow’ and ‘sponsored’ attributes (for the most part) won't help with search engine rankings, and the jury is still out on whether ‘ugc’ links, (e.g. blog or forum comments) will either.

So, how do you check if a link has a rel attribute?

In Google Chrome, you can right-click on a link and click ‘Inspect’. This will reveal the HTML and whether there is a rel attribute or not.

It's safe to say; you’re better to have backlinks without the rel attribute. And that's because they're more likely to pass search engine reputation and sometimes these types of backlinks are referred to as ’dofollow’ links.

Moz has a Page Authority or PA score, which is described as a prediction of how well a specific page will rank on the search engine result pages (SERPs).
You can access the PA metric when using Moz's Link Explorer tool.

Similarly, Ahrefs has a URL Rating or UR score. And it's described as a measure of the strength of a target URL's backlink profile and the likelihood that the URL will rank high in Google.

You can access the UR metric when using Ahrefs' Backlink Checker.

Both are similar metrics and mimic PageRank. They are measured on a logarithmic scale from 1 to 100, with higher scores corresponding to a greater ability to rank.

So, backlinks with a higher PageRank score and ones without a ‘rel attribute’ will pass more reputation and increase a page's ability to rank. While Google no longer provides a PageRank metric, Moz and Ahrefs are free metrics that you can use to mimic its behavior.

The third core element of what makes a high-quality backlink, is that they should be relevant.

But what does this mean?

Well, much like how a search engine pays attention to both the reputation of a domain and page of a backlink, they follow a similar process for relevancy. Search engines review the relevancy of both the page and domain of a backlink.

If your website was featured as a blog post on a business news website and was about marathon training, the page's relevancy of the backlink would help your page.

However, as the website is better known for business advice, it would lack domain relevancy.

Now, if your marathon course was also featured on the Runner's World website, it would score highly on both page and domain relevancy.

So, sticking with the Runner's World example, let's now look at the page that links to your site.

It links to your course with the anchor text of "5K to Marathon in Six Months".

So, in this case, because the anchor text is "5K to Marathon in Six Months", this provides a boost to your page, for keywords in the "5k to marathon training" topic.

The Balance Between Relevancy and Reputation

Now, if we go back to the backlink on our fictitious business news website.

We know it has low domain relevancy, and let's imagine its reputation metrics are low to average as well.

So, does this make it a bad backlink?

Well, the fact that it doesn't tick all the boxes means it's not a perfect backlink, but it's unrealistic to expect all your backlinks to be high-quality.

But does this backlink have anything going for it, and will it help?

Well, it's a natural backlink which means it won't hurt your search engine reputation and it's certainly not a bad backlink.

Even though the business news domain isn't particularly relevant, the page's content is, so it does pass some relevancy.

On top of that, while the page and domain reputation of the backlink is comparatively low in the running industry, every little helps and this will add to your backlink profile.

So, is this backlink, low, medium or high quality?

For me, this is a medium-quality backlink, and perhaps on the lower end of medium.

eBooks:
The DMI Guide to SEO for B2B

eBooks:
A Guide to SEO for Small Business

Articles:
What Is SEO & Why Is It Important?

Articles:
Core Web Vitals: What They Are and How to Optimize Them

Joe Williams teaches search engine optimization at Tribe SEO. He holds a degree in Computing Informatics, and he’s been an SEO for over 15 years. He’s consulted and trained many large blue-chip companies including The Guardian, Cosmopolitan and Sky. He's on a mission to make SEO easy, fun and profitable. You can catch him on Twitter and LinkedIn.

eBooks:
A Guide to SEO for Small Business

eBooks:
eBook: Getting Your Search Marketing Campaign Up and Running

Articles:
Google Analytics Goals Guide: How to Set Up And Track Your Bottom-Line KPI’s

Articles:
How to Check for Duplicate Content: Tools and Tips