The Publishing Industry in a Digital Age 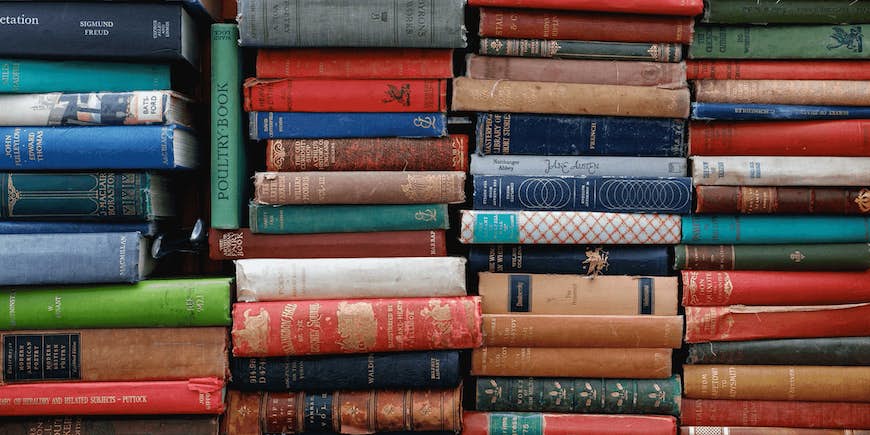 The book publishing industry has a longstanding cultural history. A purveyor of prose, from the informational to the odd, the groundbreaking, the hard-hitting, humorous, and beyond, publishers have been responsible for connecting readers with books for centuries.

But, where does the publishing industry stand in the digital age? And, how are readers connecting with and consuming books? Well, the book industry isn’t quite as digital as you might think—these days, books (and the shelves that hold them) are proving incredibly Instagrammable.

Here we explore digital transformation in the publishing industry and how publishers, retailers, and consumers approach books in the 2020s.

The Revival of Print Books

Before we delve any deeper, it's important that we address a significant book publishing industry trend: physical books are currently outselling eBooks in the US.

In the UK, there has also been a notable rise in physical book sales, with Nielsen BookScan data reporting a 2.1% increase in print publishing industry value from 2017 to 2018—a trend that is most likely set to continue.

It appears that despite our mass migration towards a digital existence, we’ve entered a tangible publishing renaissance.

But, what is driving the change?

What’s particularly interesting about this development is the fact that despite being living, breathing digital natives, Millennials (people born between 1981 and 1996) are largely responsible for the recent spike in physical book sales. In fact, 63% of physical book sales in the UK are attributed to readers under the age of 44, while 52% of eBooks were bought by those over 45.

Like any budding industry-wide trend, pinpointing the exact driving forces is no easy feat, but experts believe that recent, challenging, political climates are forcing consumers to look for an escape (both in terms of content and the temporary distraction from the digital world that print books offer). And, the tangible quality of print books is helping to provide a healthy form of escapism, as well as information.

"I think the e-book bubble has burst somewhat, sales are flattening off, I think the physical object is very appealing. Publishers are producing incredibly gorgeous books, so the cover designs are often gorgeous, they’re beautiful objects.

The book lover loves to have a record of what they’ve read, and it’s about signalling to the rest of the world. It’s about decorating your home, it’s about collecting, I guess, because people are completists aren’t they, they want to have that to indicate about themselves.”

A perfect storm of physical beauty, the desire to one’s reading history, and an ever-growing will to get away from the screen and absorb their favorite prose, distraction-free. That’s one driving force behind the physical book renaissance.

Now, while the consumption of physical books is on the rise, a digital approach to marketing and distribution is still on the menu.

Chris Lavergne, the CEO of youth culture magazine, Thought Catalog, documented in TechCrunch his brand’s experiment of dabbling in print.

Among his many discoveries, the forward-thinking CEO found that while eBook formats sold more units for him (due to their cheap and instant nature), print copies generated seven times more revenue.

So, it seems that while eBooks are still popular in certain niches, print publishing provides a more valuable revenue stream in the current climate.

The launch of Amazon Kindle in November 2007 (the first wave of products sold out in five and half hours) popularized the eBook format, making literary content of all varieties accessible at the swipe of a screen or the click of a button.

A range of digital touchpoints and online eBook sellers (including Amazon, Apple Books, Smashwords, and Barnes & Noble) offer the allure of convenience and cost savings. Moreover, this radical digital transformation has made it possible for budding authors to self-publish their work through eBook distribution platforms like Kindle Direct Publishing (KDP).

But, while digital transformation has made the book publishing more accessible to the masses in terms of creative opportunity, marketing freedom, and the increased flexibility of consumption—which has perhaps remove some elitism from the industry—from an insider perspective, this deluge of new content is not entirely positive.

These two factors could well correlate with the tangible book renaissance. General eBook sales fell by 4.5% in the first quarter of 2019 and since 2012, Kindle device sales have been in steady decline.

But in the meantime, digital audiobook outlet, Audible, has reported a significant increase in sales ($1 billion worth in 2018 alone) in recent years—indicating that digital readers now favor the dynamic format of the audiobook, coupled with its consumer convenience. A trend that appears to correlate with the evolution of digital technologies, the rise of mobile, and also podcasts.

Taking a Hybrid Approach to Marketing

Physical books may be outselling their digital counterparts at the moment, but the rise in audiobook sales serves to remind us that in our hyper-connected age, there is a solid mix of mediums, formats, and outlets available when it comes to connecting an audience with a work of prose.

That said, for publishers and retailers, taking a hybrid approach to marketing is the route to success in the digital age.

A solid mix of traditional promotional tactics coupled seamlessly with innovative digital marketing communications that extend to all relevant consumer touchpoints will help publishers and authors cut through the noise, connecting with the right audience in the process.

Let’s take a look Penguin Random House: note that like other big publishers, Penguin merged with Random House in 2013 to combine talent and resources. As one of the true innovators of the publishing industry, the great minds at Penguin not only revolutionized the paperback in the 1930s, but as a brand, has always moved with the times, cementing the brand’s longevity. Generations of readers belong to the Penguin family—and this is likely to be the case for years to come.

While Penguin’s print book sales were steady, to move further into the digital realm, the brand decided to pursue a new audience, with the aim of turning segments of its audience into audiobook consumers.

In addition to launching campaign assets through social media, the book publisher launched a branded podcast, with influential guests as well as content that would speak to its target demographics: those that consume more than 21 books a year and people that consume higher than average levels of digital content.

The show’s mix of well-placed creative guests, snappy dialogue, and organic call to actions (directing listeners to audiobook samples via the brand’s website and SoundCloud pages) made it an almost instant hit.

Not only did Penguin’s forward-thinking digital marketing initiative earn 220,000 hours or 13 million minutes within its first year, but its episodes frequently appear in the UK’s top 30 most popular podcasts. And, audiobooks swiftly emerged as the fastest growing medium in Penguin’s Random House division.

To compete with the industry’s powerhouses as well as the likes of Amazon’s extensive physical and digital library, some forward-thinking independent publishers have teamed up with bricks-and-mortar book shops and sellers to create mutually-beneficial marketing partnerships that extend to both the physical and digital realm. Initiatives include cross-promoted in-store author events or a cohesive mix of print and digital promotion.

Amazon Vs the Publishing Industry

Amazon has long been in battle with the publishing industry—and this became particularly apparent when the eCommerce brand (which, of course, started life as an online bookshop) opened its first bricks-and-mortar store to the public in 2015.

In many respects, budding authors and publishers have a love-hate relationship with Amazon. With an enormous global reach and a level of consumer popularity that is off the scale, Amazon can be a fruitful third party outlet for selling books. But, like any highly-subscribed platform, the space is saturated—and for many authors, publishers or sellers looking to venture away from Amazon, the struggle is real.

The crippling competition of Amazon coupled with limited publisher marketing budgets mean that to get their books in the right hands (and with hope, plenty of them), it’s all hands on deck in the digital age.

The Author as Marketer

To promote their work, many authors are being thrust into the position of social media superstar or content marketing expert.

In 2016, author, Mike Shatzkin, wrote an article emphasising the shortcomings many publishers have when it comes to supporting authors in the promotional process. While expecting authors to perform elements of book marketing, Mike believed that the collaborative approach is missing:

"The real focus needs to be on marketing collaboration with authors and giving them the support they need to maximize their effectiveness. Doing that requires tackling a lot of tricky questions because authors own their names and careers and publishers, at best, have a long lease on one or more specific books they’ve written. But both book sales and author retention depend on publishers taking on this challenge as an essential component of their offering."

Many authors are expected to take to social media (even if it’s against their writerly nature) and get their name out there, insert themselves into conversations, and find ways to make their books (and products) known to a wide audience. Some would argue that this has made Twitter, for one,  a more literary place, the best example being J.K.Rowling who has a mighty platform of almost 15 million followers.

With a commitment to collaboration and a dash of out of the box thinking, there is hope. In addition to a hunger for print books, people are still going to libraries in their droves. Some libraries are becoming book-living tourist hotspots—and studies show that libraries in the US saw more footfall than movie theatres in 2019 and articles appear all the time showing "world's most beautiful bookshop/bookshelf/library".

In the digital age of publishing, both publishing houses and budding authors have more autonomy regarding the positioning, distribution, and marketing of their products.

The rising demand for print and audiobooks coupled with the limitless possibilities of both the digital and physical realms offer endless opportunities, if you’re willing to take an innovative, hybrid (omnichannel) approach to your campaigns.

If you are about to embark we wish you the best of luck—and keep reading!

“A book is a gift you can open again and again.” Garrison Keillor

The Promotional Legacy of Game of Thrones

The Social Media Landscape in 2020

Webinar: How to Market to Millennials

Learning from the Online Retail Giants: Amazon and eBay

Articles:
How Brands Can Take on Social Issues on Social Media

Articles:
Peloton: Cycling into the Future