The Future of Digital Marketing: What’s Hot and What’s Not? 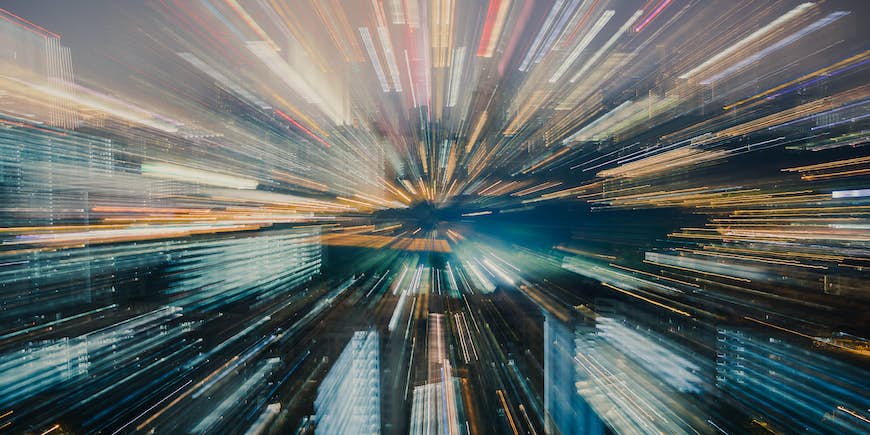 Bubbling under the surface of the day-to-day digital marketing activities are small tremors to shake up the existing system of strategies and tools. Some of them are plucked from the ground and heralded as the next big thing – sometimes the prophecy is true, and they do become an essential player in the system, while in other instances nothing happens and they fade away.

However, there is one certainty in all of this, which is that existing channel use will change each year. Let’s explore some of the changes that will happen, as well as some that are likely to impact digital marketing to some degree.

Google’s Speed Update, which was in testing for the first half of 2018, has been rolled out to all users since the start of H2 2018. This means that slower sites that might have escaped the de-ranking cull so far will not be so lucky in the future.

Minimizing page load times through accelerated mobile pages (AMP) and using content delivery networks (CDNs) for large images and content with heavy load factors will be a must. Or you can simply verify if you actually need massive images on your website in the first place, and if not just reduce them down to smaller file sizes.

Either way, making consumers wait longer than 2-3 seconds for your pages to load is a big no-no. Coupled with the fact that Google will also penalize your organic search for slow load times, these are big reasons to fix this now.

For eCommerce and non-eCommerce sites, using https:// secure encryption on the sites is a must, simply because browsers such as Chrome and Internet Explorer will introduce big (probably red) onscreen warnings, alerting web users that they are about to click on to a non-secure site.

The truth is, web users have been accessing non-secure websites for years before secure certificate became the norm for business, but now that there is a big warning in your browser, it will mean that 90%+ of your visitors will leave because they don’t understand the warning.

It’s important to remember that they don’t have to understand the warning, they’ll see a red alert and the words ‘non-secure’, think of cybercrime, data breaches and foreign collusion in democracy and think: ‘This isn’t safe, I’m outta here.’

Digital marketers can’t expect consumers to know all that we do, so businesses need to adopt https:// to ensure that consumers don’t panic at the sign of a non-secure site warning and leave.

The secondary impact of not having https:// site security is that Google will certainly build it further into their search engine optimization (SEO) ranking algorithm, making it harder for consumers to find your website as you won’t rank as highly anymore. Then if they eventually find you: big red warning!

Facebook growth has stagnated in recent years. The variety of new niche social channels coupled with a certain tiredness among core users means that it isn’t growing as before – except for one specific cohort, people aged 55+. Due to Facebook’s simplicity and ubiquity among the sons and daughters of those aged 55+, the channel is a high growth area for the older demographic.

So, why is that? It’s certainly because the sons and daughters of Baby Boomers are no longer angsty teens and twenty-somethings who would be terribly embarrassed by connecting with their parents on social media.

This has given licence and freedom to the older demographic to adopt the social platform. Secondly, growth urgency has been expedited from the value of 55+ parents connecting with their family members to sustain communication. In a period of their lives when their offspring are busy with careers and their own families, social channels provide an easy way to visually share images of kids growing up, life events and causes.

This allows the older generation to stay involved and get to know their own kids better through consumption of social posts. As a result, social channels such as Facebook are a haven for digital marketers and businesses looking to engage older audiences.

One thing that the EU’s General Data Protection Regulation (GDPR) has done for consumers is to make them aware of the value of their data and their right to protect it. As a result, many email lists were culled beyond recognition in May 2018, when GDPR guidelines came into effect. Of course, there were hundreds of emails sent out in the week leading up to the guidelines coming into force, saying things like: ‘Dear Subscriber, don’t go, we value you, we care about your privacy… Please click here to keep hearing from us.’ The fact is that most people didn’t want to hear from most of those brands in the first place.

Then, with the advent of GDPR, people began to unsubscribe from all of those lists they had little or no interest in being part of – things they signed up to in the early days of the Internet without knowing what their details would be used for. Then things changed.

As a result, lists were culled and key performance indicators (KPIs) were redrawn, email broadcast size was no longer something to shout about, as fearful CEOs worried about complying properly with the new laws. What this meant is the larger the list, the larger the risk on non-compliance, so marketers now needed something else to boast about.

So what’s next for email? Many people still check their mail on the phone multiple times per day, so it is a widely used channel. What’s it used for? It’s used to communicate in a professional transactional sense. Social media, SMS and texting apps are used to communicate informally, while email is a serious tool.

For the most part, we use email to project manage jobs we’re working on and send and receive files. What we don’t use it for as much anymore is writing to friends or non-outcome based activity. The rest of the time, it’s used to confirm purchases, deliver airline boarding cards, concert tickets and provide receipts. Bear in mind that many mobile apps allow you to see all of these details, so the email is a secondary historical record. It’s no longer the primary source of transactional truth. It’s the backup when you want to complain.

Email has had a bad year. But does that mean it’s dead? I hope not. From a metric point of view, it is still a high-impact channel with a straightforward attribution framework from subscription to purchase and a lot of consumer usage. By definition it’s a great channel. What marketers need to do is redefine how and why to use it.

The first thing to do is identify the opportunity: the great email subscriber desertion of 2018 means smaller, more valuable lists. For marketers, these will be easier and cheaper to manage and when we introduce bespoke personalization to drive higher engagement, return on investment (ROI) will inevitably increase. Email certainly isn’t dead, but how we deploy and measure it in the traditional sense needs to change. Keep an eye out for content distribution and automation opportunities via email.

Voice search is the next big thing, isn’t it? Is it? Well, not now, not for a while, and there’s still a hell of a lot of digital marketing to do using the current methods in the meantime. The biggest driver of voice growth is in Eastern markets, mainly in China.

What’s the reason for this development you may ask? In short, the Internet came late to China and by this stage voice search was a normal function of most smartphones, meaning it was readily adopted as a norm for searching, especially as Chinese writing uses a syllabary rather than an alphabet, which a makes it more difficult to use text search in traditional Chinese. So now there are a bulk of Internet users who do as lot of searching using voice.

The question is: is it worth investing in voice search today? Yes, if you are trading in the Eastern markets to a younger online demographic, then it could be wise to invest in voice search optimization. However, not for the moment if you are operating in Western markets, as the penetration and usage simply isn’t there to justify the expense. Beware of the shiny distraction to drain resources from your core goal. If the risk (potential waste of time and money) outweighs the opportunity, then it would be better to wait rather than invest in voice search right now.

On a macro level, US trade tariffs and potential trade wars with China and Eastern markets add further risk with the only statistically significant market where voice search is at a level that could yield profit. Being an early adopter can be a fruitless game for many years and it’s not as if the current system of text search on a mobile and desktop is broken. Voice search: nice, shiny, but not a game-changer just yet.

There are hundreds of trends, emerging channels and things to try each year. Therefore, it’s essential is to weigh up the value, pros and cons of each digital tool or trend, based on whether the outcome it can deliver is interesting, valuable and worthwhile to you and your business before committing.

As you look further into the hot trends on the horizon, try to build up a picture of what’s moving, what’s useful, what’s shiny and what’s worth investing in. Remember that the current suite of tools is very functional, so don’t discount their value too quickly, as you may just need to use them in a different way than before. This is where the real high-impact innovation is.

There are several definite trends predicted in this article and all are likely to happen, but as any analyst will tell you, the only certainty about forecasting is that it will be wrong. The real skill is knowing by how much!

eBooks:
What are the Most Digital Industries and Why?

Articles:
6 of the Best Digital Marketing Strategies for B2B Business

Articles:
Preparing for the Cookie-Free Future

Articles:
Why Digital Marketing is Important for Small Business

Cathal is a respected international conference speaker, course lecturer and digital trainer. He specialises in driving complete understanding from students across a number of digital marketing disciplines including: paid and organic search (PPC & SEO), analytics, strategy and planning, social media, reporting and optimisition.  Cathal works with digital professionals in over 80 countries and teaches at all levels of experience from beginner to advanced.

Alongside his training and course work, Cathal runs his own digital marketing agency and is considered an analytics and revenue generating guru - at enterprise level. He has extensive local & international experience working with top B2B & B2C brands across multiple industries.

He can be reached on LinkedIn here.

Articles:
Should Brands Advertise on Twitch?