The 2020 US Presidential Campaign and Social Media 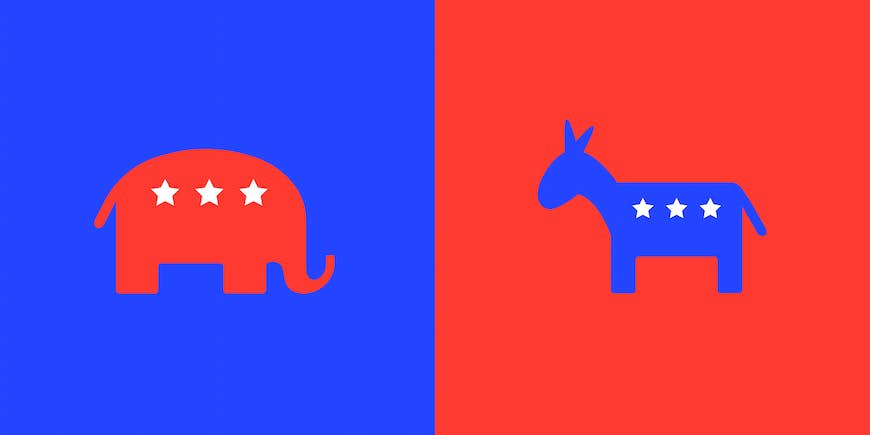 Politics and social media have had a complicated relationship.

Despite the ongoing debates over neutrality and authenticity that came to the fore in the 2016 U.S. Presidential election, social media is still an incredibly impactful aspect of politics. Credit is typically given to Barack Obama’s innovative use of social media in the 2008 election campaign and it has only become more mainstream since then. Now as we watch the race for the 2020 Presidential election starting to warm up, we can watch closely as Facebook posts, Tweets, Instagram Stories, and Tik Tok videos are integrated into the communications strategy for those running for the top prize.

All of this matters because, traditionally, the current millennial and Gen Z demographic of 18-37-year-olds have a low voter turnout; however, with social media platforms like Instagram and Snapchat creating accessible ways for voter registration, encouraging influencers like Taylor Swift to post more on her own political beliefs, and integrating stickers and filters on voting day, there has been an enormous push to galvanize both the youth vote and the female vote.

And, in fact, in the November 2018 midterm congressional elections, the young came out in droves to support the new millennial (and famously diverse) faces in politics, in particular the New York Congresswoman Alexandria Ocasio-Cortez (known as AOC) who soon came to personify the millennial politician celebrity due to her complete ease and familiarity with diverse platforms that only a digital native could have.

Now, as we head into 2020, politicians and, especially, presidential candidates are using social media like brands. They’re posting memes, clapbacks, and live selfie videos to connect with voters. Because as we’ve seen, the more that politicians speak and act like their target base, the more likely they’ll be remembered at the voting booth.

In this overview of social media use, we focus on three Democratic Party candidates. That’s because at time of writing the greatest number of candidates (24) are running for the Democratic Party nomination while, so far, there are only two on the Republican side: one of which is President Trump, no stranger to the potent use of Twitter.

Here is a picture of how candidates Beto O’Rourke, Elizabeth Warren, and Pete Buttigieg are using social media to its full potential on the campaign trail.

In the 2018 midterm election Beto was electrifying and almost managed to turn the heavily red (Republican) state of Texas, to blue. During the campaign, he spent over $8 million on Facebook ads in comparison to the $400,000 spent by his opponent, Ted Cruz. These ads were viewed millions of times, and he even used intense targeting efforts to make sure he was personalizing the content and driving a strong call-to-action.

What stood out for Beto compared to other candidates was his ability to tap into the grassroots and source crowdfunded money from outside of Texas (mostly New York and California) to help support his campaign. He was able to do so by projecting himself as genuinely human. From being a fluent Spanish speaker, and a musician in the 1990s -- which the Republicans used as a negative against him -- to teaming up with Beyonce, he was able to connect with the next generation of Texan voters.

Needless to say, social media is a vital part of his strategy, and still is, going into the 2020 election. Beto has been using social media in these ways to get his name on the global map and get those Texas voters out to vote, with almost a million followers on Facebook and the same number on Instagram:

As a Gen Xer, he is one of the first computer-savvy politicians and a self-described hacktivist. He has been able to run a digital-centric campaign filled with live broadcasts which peel back the layers and facilitate interaction, as well as using social media advertising to successfully target donors that help fund the campaign.

Massachusetts senator and ex-law professor, Elizabeth Warren has had a tricky relationship with social media. She has expressed a desire to have the large tech giants break up, an opinion that led Facebook to ban one of her campaign ads that stated just that; the social media giant later backtracked and reinstated it.

That being said, Warren has embraced social media to connect with voters. As a baby-boomer, social media is not something that comes as naturally to her compared to someone like AOC. However, she has learned (or her staff have) the full power of memes and clapbacks; especially as Trump and other Republicans are on her case about policy proposals.

One incident that showed her social media intuition was a snafu from Chase Bank and their #MondayMotivation meme which took a wrong turn in April 2019. She used this opportunity to showcase how her policies are meant to empower the middle class.

With this tweet, she not only got her message across but she also found a new audience that saw her as a power to be reckoned with. Before this, her social media, which included a Facebook Live of her drinking a beer with her husband, was not so well received. With a more snarky and sassy attitude on Twitter (where that kind of content does well), she’s able to stand out as a candidate.

As the youngest of the bunch, at 37, Pete Buttigieg (otherwise known as Mayor Pete) has mastered the art of social media, as he grew up digitally native and married another: his husband, Chasten has a significant, influential social media presence of his own, with over 320,000 Twitter followers while their dogs, Truman and Buddy, have over 70,000 Twitter fans.

According to The Week, Buttigieg is “winning the social media democratic primary” as he added over 447,000 Twitter followers after announcing his presidential candidacy. One of the reasons that he has been able to capture the digital space is because he understands how communities are built and how people gravitate towards one another. Because of his differences, which he celebrates, - like being young, gay, proficient in eight languages, serving in the Navy, and Episcopalian - he can tap into many online groups. He understands the millennial generation very well, and the issues that face them in regards to gun control, student loan debt, and job opportunities, and he uses social media storytelling to connect.

Together, he and his husband use social media in an authentic and savvy way, which has led to the media spotlight on a new candidate that has taken the campaign by storm.

After analyzing social media usage by the 2020 Democratic candidates, it’s apparent that social media is going to be a huge factor in how the nomination process and primaries play out. The amounts of digital ad spend will be scrutinized, the Facebook Live content will either be embraced or seen as inauthentic, and the amount of clapbacks and debate will rise as the race tightens, and as things become more personal.

The use of social media won’t predict the winner of the election, but it will undoubtedly provide future case studies for new candidates and how they can connect with their community and humanize an individual politician.

Articles:
An Insider’s Look at Clubhouse

Kate Talbot is a marketing consultant working with global clients. Based in Silicon Valley, she has led content marketing and social media at Virgin America and Kiva, scaled user growth at B2B and B2C startups, and crafted thought leadership strategies and content for top tier venture capitalists. She is a senior contributor to Forbes, and the author of the bestselling book 'Oh Snap! You Can Use Snapchat for Business'. She has been featured on NBC News, CNBC, Huffington Post, Newsday, TechCrunch and VentureBeat. You can find her at her website and on Twitter.

Articles:
How to Use Hashtags Effectively on Social Media