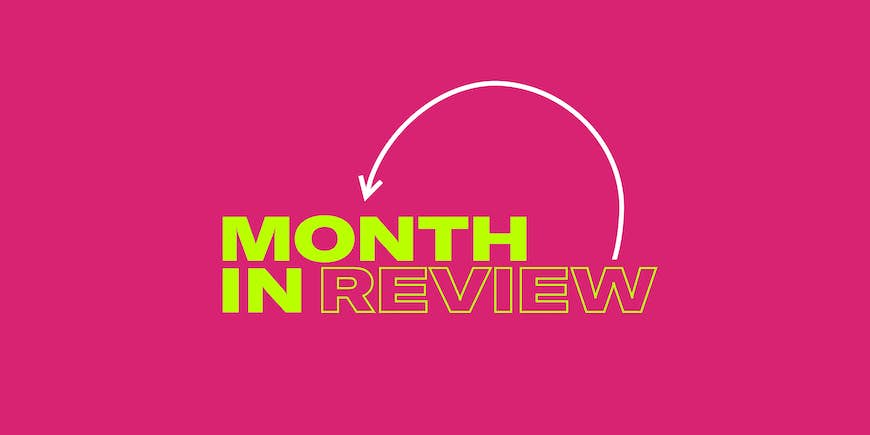 Several stories out in the world of digital marketing caught our attention this month and we’re sharing them with you here in our first Month in Review feature!

(25th February) Innocent Drinks poked fun at themselves trying to find a reason to piggyback on this annual celebration. Already one of the masters of social media engagement, Innocent might have outdone themselves this time with their witty responses on Twitter, among other channels.

“Be a Lady They Said”

(24th February) One of the most powerful viral videos ever took off just this week, timing well with the landmark conviction in New York of Harvey Weinstein. The video shows Cynthia Nixon (of Sex and the City and political advocate) reciting a powerful piece about the complicated, and contradictory, expectations of women today. Produced by newcomer alt magazine GirlsGirlsGirls, the video packs a real punch with dozens of stock imagery of women, contrasted against the narrated piece, which was written a few years by an undergrad blogger named Camille Rainville. It's a great example of how content can be recombined and released within different contexts, with different impacts. And how video is such a powerful medium: this piece is up to 5 million views already.

A Star is Born… in the London Underground

(23rd Feb) British instagrammer and prankster Kevin Freshwater took his latest gag to the streets of London, accosting people with a microphone and a request to “finish that song”. Most took a half-hearted attempt at this bizarre karaoke, or just turned on their heel. But he got luckier than he could have imagined when he bumped into Charlotte Awbery in a Tube station - not only did she finish singing the line he sang from “Shallow” but she launched into a pitch-perfect rendition of the difficult chorus from Lady Gaga’s Oscar-winning song. The video, and her performance, went viral. A jobbing singer-songwriter around London, her fame spread rapidly, and the Instagram post has reached almost half a million views. She made it all the way to The Ellen DeGeneres show, increased her number of followers ten-fold, and the viral video (which quickly reached 23million Twitter views) was responsible for sending “Shallow” back into the Top 40 on iTunes. Watch the entire original video on Facebook here.

Stay tuned as we all leap into March! And we have no fewer than three webinars coming up in March and April, so sign up now.

Emma Prunty is the editor of My DMI and works to bring our members insightful and topical content every week. She has worked in digital everything for the last 20 years, from New York to Oslo and Toronto to Dublin, and is always on the lookout for the latest currents of where things are going next.