An Insider’s Look at Clubhouse 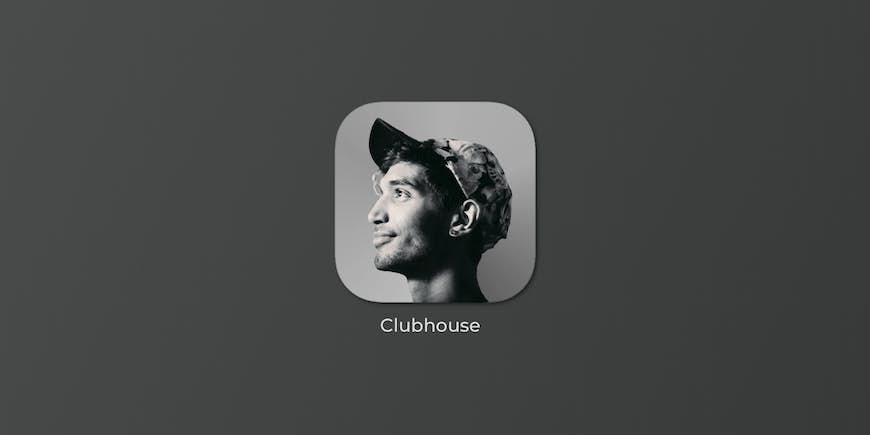 Everything you need to know about the buzz-heavy audio app.

This new approach to online connection could impact:

The need for such a platform is in sharp focus right now.

Social media today can be noisy, combative, and anxiety-inducing.

You might say that’s because social media involves people and people are all of those things.

There is little of what we could call “social connection” on social media, though. The philosopher Hannah Arendt wrote that totalitarianism feeds off loneliness. This is because in a lonely state we are cut off from human connection.

Worse, today we have social media to fill the void. Worse still, because it supplants human connection with a distorted simulacrum that offers very little in the way of actual social activity. We remain atomized, even when supposedly connecting with others.

Part of this problem lies in how the social networks are designed. They are visual platforms, built to promote posts that attract attention. Over time, the social hierarchy on these platforms has solidified, making it harder for new voices to be heard. People fall into line with their existing opinions and “conversations” descend into groupthink.

These days, people are painfully aware that they miss having actual conversations. It has never been clearer that social media does not address that need.

So, does Clubhouse fare any better?

Clubhouse opens with a short set of options, similar to the opening sequence on TikTok.

You will note the ‘Hustle’ category at the top. Admittedly, you don’t get that on TikTok.

Although the technology and growth hacking sessions are the most popular, you will also notice the broad range of options here. Clubhouse does try to give a platform to groups that might otherwise feel left out on social media.

You pick a few interests and then Clubhouse recommends people to follow. It can look at your Twitter connections and phone contacts, should you wish.

Next, Clubhouse will create an automated list of conversations for you to attend. You can add these to your in-app schedule, or to your Apple/Google calendar.

As you can see here, there are already groups that set up events and invite speakers along for a chat:

The moderators of these conversations are volunteers and they can decide which audience members get to ask questions. They call this “getting on stage”. More on that later.

You can also browse all upcoming events, if you really want to explore the varied meats of our cultural stew.

Or you can start your own event and invite people:

When you have hosted three or more events, you can apply to host a “Club” at a set time every week. This is the best way to build up and sustain interest in a topic, as you can re-engage your audience in a consistent location. Clubhouse may offer sponsored Clubs for brands in future, but the feature is still quite experimental.

Once a session starts, you can pop in and listen. It works a lot like a panel session you’d see at any conference, but with the added bonus that you can “leave quietly” at any time. I hopped into this room to hear some advanced matchmaking tips:

I thought it was going to be about matching supply with demand in a platform-based business, but no. It was about how to find your perfect romantic partner.

I hit the ‘Leave quietly’ button so loudly, they may have heard me. But that’s the point: you can just move on to other ‘rooms’ until you find something you do want to hear.

For people who already spend their days with AirPods in, I can see the appeal. You can have this as background noise, with the odd comment or story cutting through. The sense that the conversation is ‘live’ - and that you can participate at any time - makes it more immediate than listening to a podcast.

Participants are, in theory at least, free to chat informally in a way they never would on Twitter or Facebook. Anyone with a sizable following on those platforms will carefully plan and consider each post these days, but on Clubhouse they can kick back and chat.

It is also possible to build a community around niche interests here. Facebook has been saying for years that it wants to encourage this kind of organic mini-network, to little avail.

The drop-in nature of Clubhouse removes some of the pressure on event curators too, as they can trial new topics quickly to canvas opinion. If no-one is interested, the conversation disappears at its conclusion and they can move on. It beats setting up a Zoom conference just to gain this knowledge, at least.

Conversations are structured, but they depend on moderators to keep things on track. The moderators are unpaid and they can decide who speaks during the session. The benefit for the moderators is that they can gain followers too, both through their observations in the session and their skill in facilitating a conversation.

For the speakers, Clubhouse is great because there is less concern that an off-the-cuff statement will be turned into a haunting meme.

Additionally, speakers can give the air of connecting with their audience, without actually having to do so. On Twitter, for example, anyone can leave a comment under anyone else’s post. Celebrities treat Twitter as a broadcast medium, while wishing to act approachable. How often do they read or comment on their fans’ comments, though?

Clubhouse does not make them play this role. They can talk among themselves and answer the occasional, saccharine question to keep the crowds happy.

You can set up an event to discuss anything on Clubhouse.

Parts of it feel a little like Reddit, where people can discuss niche interests. Some parts feel like LinkedIn, with all the infernal connotations that phrase brings. Others are like Quora, as people discuss little-known facts about the world.

This is where platform design comes in. Can Clubhouse sustain a thriving ecosystem for all of these parts, or will it create a mirror-version of the existing hierarchy on Twitter/Facebook?

I teach executive education courses where we discuss why big companies don’t see new threats coming. These companies have all the money and all the resources, so why should a start-up cause them trouble?

There are lots of reasons why this happens, some more understandable than others.

When you look at Clubhouse, it’s difficult to have much sympathy for Facebook and Twitter - both of whom are now working on Clubhouse clones. Facebook and Twitter have huge teams of people who are responsible for coming up with new ideas, but they waited for Clubhouse to reach a $1bn+ valuation before announcing similar products.

It has been clear for some time that social media only covers one very small part of what we want from social interactions.

The problem for the incumbents is that audio is risky, which is likely why they have waited for Clubhouse to reach critical mass before asking.

As we have seen above, Clubhouse has its benefits and it is different, but it is still experimental. It’s also small enough to crush.

Mark Zuckerberg popped into a Clubhouse chat, in what many saw as a sign that the app had ‘broken through’. It now seems he was there to pinch the idea. Facebook has announced it is developing a Clubhouse-style product that it hopes will bring some organic interaction back onto the platform. But would everyone trust Facebook with their audio data?

Twitter, meanwhile, has been working on a new feature called Spaces for a while.

Rémy Bourgoin, a senior software engineer at Twitter, told MIT that the vision is for Spaces to be "as intimate and comfortable as attending a well-hosted dinner party."

"You don't need to know everyone there to have a good time, but you should feel comfortable sitting at the table."

This is imagined as an “additional layer” to the conversations already on Twitter. It seems a more natural milieu for this than Facebook will ever be, even if Twitter remains a fair distance from such a lofty goal itself.

It’s very similar to Clubhouse, although it has closed captioning as an added bonus. And of course, Clubhouse’s audience is already on Twitter.

We opened by discussing the human traits that are exhibited on social media today. It is up to these companies to design platforms that encourage the human behaviors they want to see.

Think of it in the same way we would design a building. People act differently when in a comfortable home, as opposed to an abandoned warehouse.

Leaving it as a free-for-all will always see the louder, more aggressive traits win. In the real world, barbarians had the run of the place before we built up some laws and institutions.

Clubhouse has an opportunity to seize the fertile land left by Facebook and Twitter. How it builds on it will define its lasting prospects.

We know Twitter and Facebook will use their existing data and networks as leverage. If Clubhouse simply mimics this framework, stealing its audience will be a straightforward task. The incumbents have all the resources.

Being audio-only is a distinguishing factor, but it can be copied. Clubhouse will need its own form of social capital and a hierarchy built on in-app interactions to create some “switching costs” for its early users.

Clubhouse has plenty of early buzz, but relying on that shaky substance will offer little guarantee of long-term success. Right now, Clubhouse offers a home for conversations that would happen elsewhere in other circumstances. As we return to those old patterns, Clubhouse’s luster will diminish.

Were I Clubhouse, I’d look to Reddit for inspiration when it comes to organic communities. Reddit offers a place for a wide range of interests and it has steadily grown in popularity.

Clubhouse, unlike Reddit, is highly attractive for corporate customers and this creates options to build a viable business model. But only if it looks beyond its heady, early success to address the clear issues it faces.

Articles:
Which Social Media Platforms Should You Use for Your Business?

Clark Boyd is a digital strategy consultant, author, and trainer. Over the last 12 years, he has devised and implemented international marketing strategies for brands including American Express, Adidas, and General Motors.

Today, Clark works with business schools at the University of Cambridge, Imperial College London, and Columbia University to design and deliver their executive-education courses on data analytics and digital marketing.

Clark is a certified Google trainer and runs Google workshops across Europe and the Middle East. This year, he has delivered keynote speeches at leadership events in Latin America, Europe, and the US. You can find him on Twitter, LinkedIn, and Slideshare. He writes regularly on Medium and you can subscribe to his email newsletter, hi,tech.