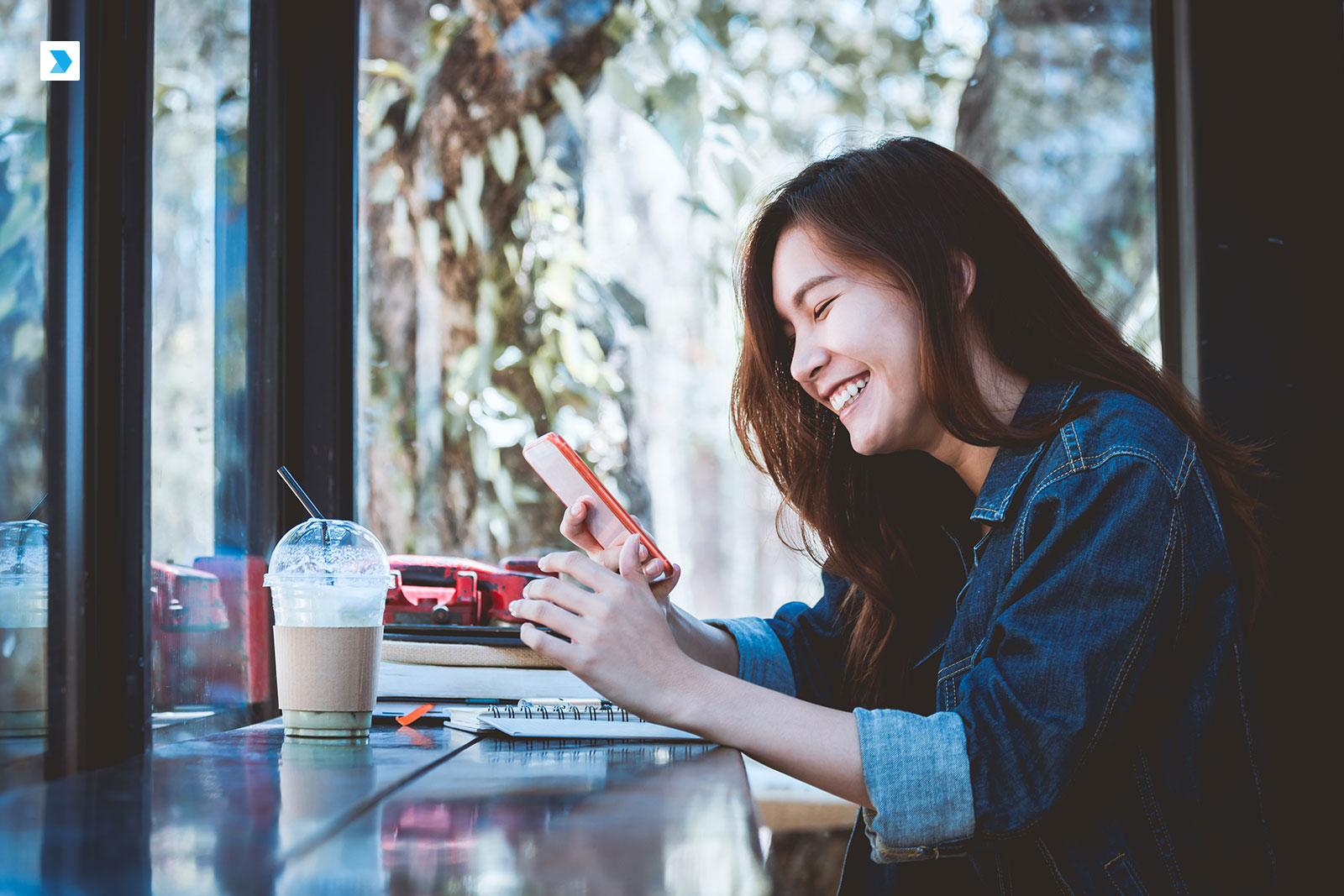 It's been a busy year in the world of social media, with some platforms not making it to 2018, and others embracing new features to survive. Here, we take a look at five campaigns that excelled in 2017 in both mobile marketing and social media.

Created by Saatchi & Saatchi, the campaign sees a car crash and a visualisation of a cracked screen. The ad is designed to combat distracted driving, its creators say.

“And let's be honest, that happens way more often than anything else.

“But worst of all it's killing people. Lots of them.”

The ad speaks to a worthy appeal, which Mazda puts itself on the right side of, while at the same time driving home its message.

It is timely, memorable and impactful.

To promote the return of the BBC show this year, agency Mobext came up with a UK-first. The campaign used Dr Who as a “sidekick” to content on a set whitelist of high-profile websites.

That made them the first to use Kargo's Sidekick ad unit. Targeting 7-24-year-olds, the ad used The Doctor to prompt them to expand the ad, where they were shown a ‘flip cube’ format highlighting on all of the show’s characters.

The campaign recently won an award at the Effective Mobile Marketing Awards (EMMA) for Most Effective Rich Media Campaign.

In another industry first, Gordon's Gin used location tagging and a National Rail API to tell delayed passengers that they could enjoy a drink with their time. Agency Weve managed to overlay a number of data points including live and habitual location and the API, meaning that pre-qualified adults could be sent an MMS when their train was delayed. This MMS contained details of the nearest stockist of the product.

Additionally, 21% purchased or declared an intention to, there was a 60% uplift in future purchase intent and 64% of those who received the message said it made them more likely to purchase.

Another EMMA award winner, judges called this “an excellent combination of location, highly-relevant, targeted data via the API from National Rail, with demonstrable sales results.” Cheapflights mapped 40 destinations across the world with popular emojis based on common associations with each destination. These included a koala for Sydney and a shamrock for Ireland. Having launched in South Africa last year, it was expanded to the UK in 2017.

The company said that the function would enable “frictionless dialogue”.

“We want to make travel search as intuitive as possible, and delivering this new functionality furthers our brand promise to make search smart and simple.

“Personalisation is the future of travel search and this is a further step in that direction, allowing our users to communicate with us in a way they’re comfortable.”

The search function was coupled with a holiday search bot which runs on Facebook Messenger. It offers users a live weather search, inspire me tools, flight search by weather type and a currency converter.

Hollywood blockbusters often have multi-channel advertising campaigns, but this year's Justice League took that to a new level. 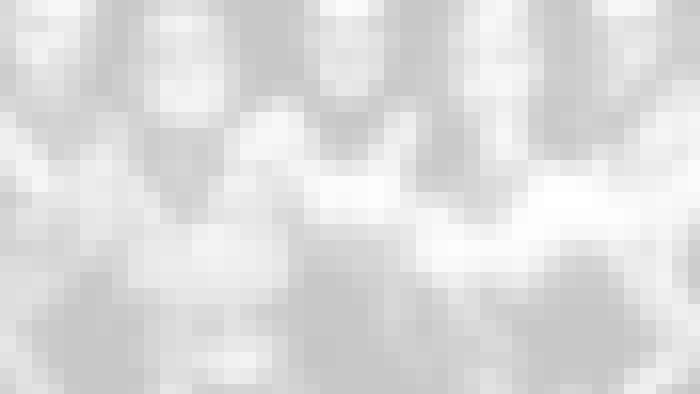 Hollywood blockbusters often have multi-channel advertising campaigns, but this year's Justice League took that to a new level.

Teaming up with brands like Mercedes and AT&T, the film's producers offered tailored experiences, behind the scenes looks and Facebook skins, but the mobile strand was also noteworthy.

A free mobile app called Justice League VR: Join the League Gillette Edition was introduced to build on TV and cinema spots linking the film to the shaving brand. Using Google Cardboard and similar technologies, it offered users the chance to play their part in the superhero team.

We've looked at some of the best performing mobile content of 2017 but what about social media? Read on to find out who caught our attention in 2017.

Brilliant in its accessibility, Worldwide Breast Cancer came up with a simple way of explaining breast cancer to young women – different states of lemons.

After being shared by cancer survivor Erin Smith Chieze, the three Facebook posts published by the charity managed to reach over 7 million people with no paid promotion. 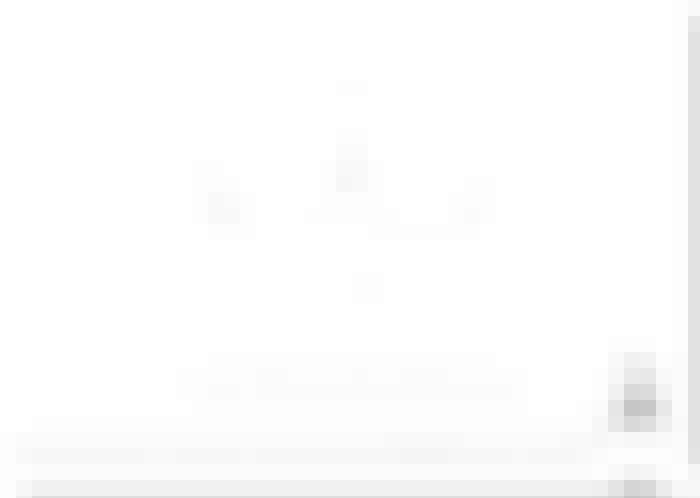 It has now been translated into 23 different languages and was the subject of one of the UK's most retweeted tweets in 2017. Feeding into Facebook's ideas of community and giving, the campaign was able to give women a platform to share relatable stories.

Designer Corrinne Beaumont said that the image was playful and friendly, but put across a serious message. "Some patients don't want to talk about breasts or look at them.

"Often women used in campaigns don't look like ordinary women - but even those with little literacy can understand this." Sanitary brand Always resurrected the #LikeAGirl campaign this year. Where as other incarnations of the campaign have been built around women's sport, this was built around a single statistic - that 50% of girls feel paralysed by fear of failure during puberty, while 75% say social media plays a part in that.

An 80-second video encourages women to keep going and that it's ok to fail. The campaign also worked with UK influences like Hannah Witton and Alesha Dixon, who spoke about their own failures. Taking a problem linked to social media and turning it into powerful content made this campaign a success.

eBags, a luggage manufacturer, grew their Facebook following to around 250,000 using a series called #TravelTipTuesday. Unsurprisingly, this involved tips for travel being dispensed on Tuesdays.

The company has since evolved that to #TravelTuesday, where it links up with influencers and creates a broader range of content than just tips.

Both times, they were able to create native hashtags that were recognisable, fed into familiar content and had users coming back for more week on week.

The repositioning of the series was a skilful example of how to evolve a social media campaign. Booking platform AirBnB's Super Bowl ad became a huge hit on social, tapping in to a wave of protest across the US.

Coming just days after President Trump announced a travel ban in America. AirBnB quickly put together the ad and bought expensive TV space to put out the message, punctuating it #WeAccept.

The hashtag caused a stir on social media, particularly when AirBnB's CEO pointed out that all of the faces belong to staff.

The campaign managed to be impactful, timely and captured the zeitgeist. While many brands shy away from political statements because they can be divisive or handled badly, AirBnB nailed this.

Compare the handling of this ad to that of Pepsi's disastrous (and infinitely more expensive to make) ad earlier this year.

This was an odd campaign, but one that fit the brand values brilliantly.

Last year, Google revealed that more people searched for ASMR on YouTube than chocolate. ASMR (autonomous sensory meridian response) is a phenomenon in marketing, with a number of big brands getting involved.

ASMR at its core is a pure state of relaxation that can be triggered by certain sounds or visuals.

Furniture store Ikea jumped onto the trend with this video. It is a 25-minute back to school video for college students. It features a woman narrator gently caressing pillows and touching a lamp, all the while explaining the products’ various features.

“A series like this is very much in keeping with the Ikea character,” said Ogilvy, the New York agency who created the video.

“Plus, the format of ASMR videos allows you to deliver product benefits in a pleasant, calming way, something a TV spot or print ad doesn’t always succeed at.”

Since its launch in August, it has amassed 1.2 million YouTube views and thousands of tweets.

Want to create your own award-winning social media campaigns? A Professional Diploma in Digital Marketing will give you the skills you need to develop and implement strategic campaigns that convert.

Master the skills necessary to advance your social media ambitions with our Professional Diploma in Social Media Marketing.

Webinars:
Webinar: How to Prepare for Google’s Page Experience Update

Articles:
Why User Experience is Key to Digital Marketing Success

Webinars:
Webinar: How to Prepare for Google’s Page Experience Update

Articles:
Why User Experience is Key to Digital Marketing Success